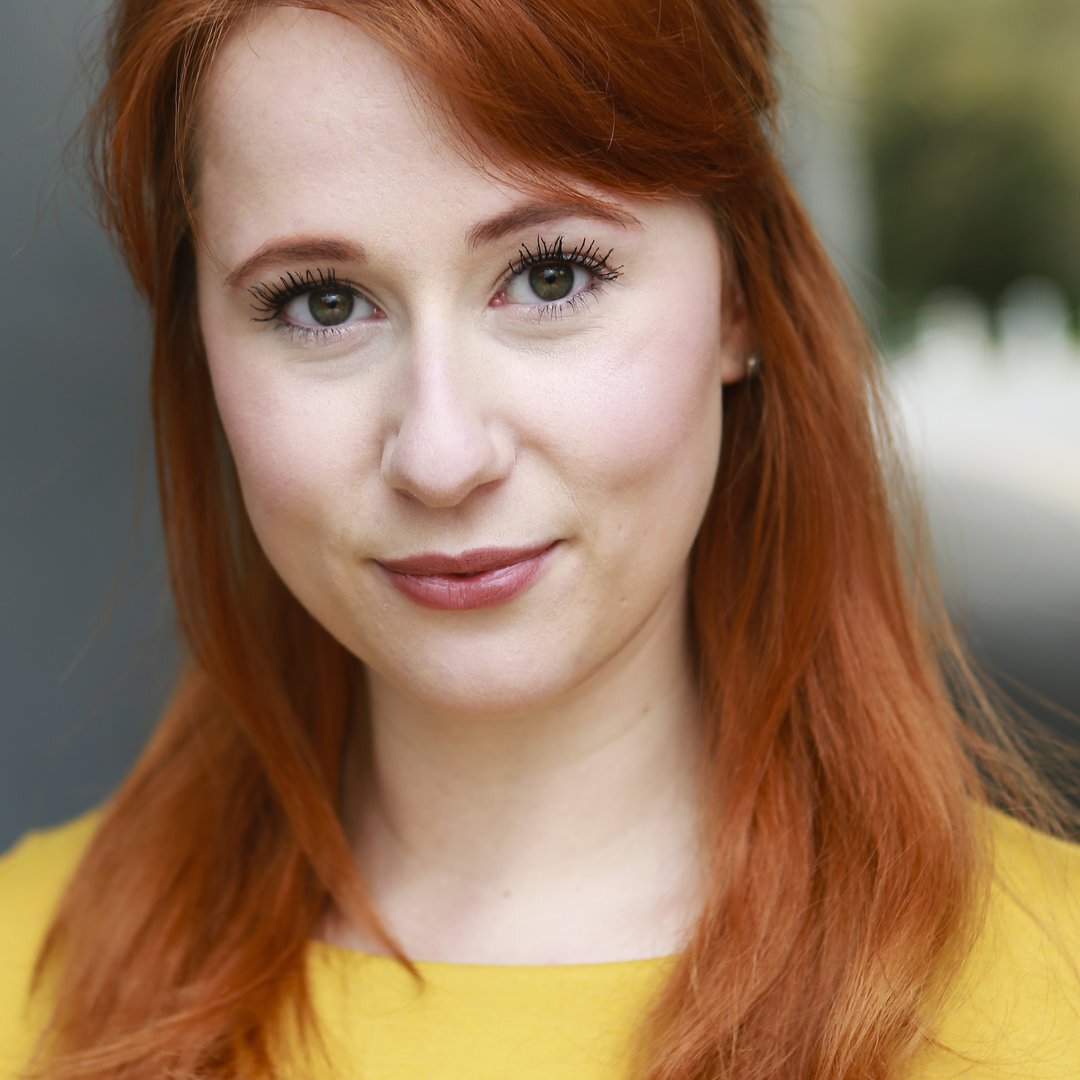 Autistic actress Elinor Machen-Fortune chats to us about her work, challenging people’s perceptions of autism and not being afraid to ask for what you need. UK-based actress Elinor Machen-Fortune has autism and often plays characters with neurodivergent conditions, including in her most well-known film, Acceptable Damage. She chats to us about her work, challenging people’s perceptions of autism and not being afraid to ask for what you need.

“It's difficult to be autistic because we don't yet live in a world that is entirely accepting of it."

NeuroWork: How and when were you diagnosed with autism?

When I was really little, my parents noticed my reactions to sensory things. I have many tics but my main one is called squidging. Quite a lot of autistic kids do it, it’s where you tense up and squeeze your hands and your body shakes. I started talking when I was about six months old but my motor skills developed more slowly. My development has always been slightly different.

When I got into my toddler years and started at nursery, that’s when the problems started. I went through four different nurseries and preschools. I kept getting kicked out because of my behaviour. Children would tease me and provoke me and I didn’t have any mechanisms to deal with it and it would cause me to lash out or melt down, or the teachers would not really understand some of my behaviours. The diagnostic process started when I was really young – I remember undergoing assessments and loads of different meetings. I think I got my official diagnosis when I was about eight or nine.

NeuroWork: Did you always want to act?

Yes, there are these hilarious videos of me when I was about three years old putting on a whole performance at one o’clock in the morning. I’d appear out of my wardrobe like I was stepping onto a stage and the wardrobe was the wings!

My parents are both actors. Acting and singing have always been a huge part of my life. I’ve been fortunate to have been encouraged in those areas, which I think has definitely really helped and allowed me to be so adaptable and to communicate so well.

NeuroWork: Was it hard to find acting work?

I went to a performing arts high school, which I was very fortunate to be able to do. The school I went to cost a lot of money but my parents knew it was the place I had to be so they did everything they could to help me get there and I got a half-scholarship as well. It was a really small school with one class per year. I did drama, dance and music every day so I learned a lot of skills. By the time I was 17 I’d been doing bits and pieces of work throughout my high school career. I then went to music school and was going to pursue a career in music but that didn’t work out and it really knocked my confidence.

But by the time I’d left school I already had an agent and I had started being put forward for roles. Between the ages of 18 and 23, I was actually working fairly regularly. I did mostly theatre and a couple of short films. But then I reached a point where I needed to be looking at the next level of work and that was where it reached an impasse. Things have been very slow since then and I’ve found it a lot harder.

I’ve felt and noticed that over the past three years, I’m only being seen for roles where the character has a learning difficulty, is autistic or has some kind of neurological condition or disability. I’ve been having a lot of conversations with people about this recently because I’ve been wondering how healthy it is for me to be constantly playing those parts. It’s difficult to be autistic – there’s no denying it – because we don’t yet live in a world that is entirely accepting or understanding of it. And even your nearest and dearest friends, if they’re neurotypical, they cannot truly grasp how it feels and how it affects your everyday life.

NeuroWork: Can you tell us about your film, Acceptable Damage, where you play a teenager with autism?

I would describe it as a little film with a lot of ambition. It’s not just about Katy, the character I play, and her being autistic and what that means. In fact, her autism is only mentioned once, very briefly. I was really happy about that because it means you’re not making any assumptions about the character before you’ve engaged with who she is as a person. The minute you slap a label on someone, you make assumptions about that person. Ultimately, Katy is targeted for being different. Even though she has a disability, she is unashamedly herself and she is very much the positive character in the film and she has all these negative forces around her, trying to push her down. You don’t pity her at any point and I think that’s incredible. We made the film three years ago but I actually think it’s come at a point where it’s really relevant now.

NeuroWork: Do you have any input into how these neurodivergent characters are portrayed?

I have a really great relationship with Fiona Whitelaw, who wrote and starred in Acceptable Damage. We had a lot of lengthy conversations when she was writing it and I actually worked with her on the original stage production. When we looked at the text from the play, I had some issues, so when it came to the film, Fiona was very much, “You do what you feel is right, while also being truthful to the character.” Because not every person I play has my lived experience.

I’ve also been in another short film recently called Pennywort where my mum was the director and she wanted me to have some input in the script.

But with some of the bigger projects that have come through, where I haven’t been connected to anyone involved, it has been hard to toe the professional line and not air my opinion. I’m an actor and I want to work but when something is very personal to you, it’s hard not to want to get involved.

Neurodiversity seems to be the new trend in the UK performing industry, but I’m yet to see the genuineness behind a lot of what I’m seeing on TV or what’s being written. It’s not enough for people to think they know what autism looks like based on one experience because this is a spectrum disorder. I think people think of the spectrum as a line and they want to know where you sit on it but it’s much more like a big rainbow. It’s amazing these things are being made but it’s difficult to see them being created by people who are not doing enough work or don’t have enough experience of the thing they’re writing about. I’m hoping that will change.

NeuroWork: When you audition for a role, do you always disclose your autism?

For years I didn’t in case it worked against me or someone made negative assumptions. But then something might come up during production or rehearsals where I would be like, “Oh, well, I have autism.” And it’s only been in the last few years where, as I said, I haven’t actually been seen for anything where they’ve not already been told about my autism by my agent. I also bring it up now because I think it’s important to challenge people’s ideas of what autism is.

NeuroWork: Are there any adjustments that you need on set?

Understanding that someone needs a safe, quiet space to prepare for an emotionally taxing scene is one example. I can’t be around 20 cast and crew members when I’m about to do a scene that’s really emotional or is asking a lot of me. I think that’s something that should be extended to all actors.

I don’t think anything I need is over and above what anybody else should have. In the industry there is often an expectation that you should just get on with it, smile and nod and do as you’re told. But if someone doesn’t feel safe, they should be able to have that conversation. A big one for me is being able to be alone and have space when I’m feeling overwhelmed.

Another big thing for me, probably the most helpful and important thing, is I like to be told what’s going on. A daily schedule is music to my ears because it allows me to prepare for what’s coming. Film schedules are crazy and you obviously don’t shoot everything in order and things change at the last minute so you often have to jump from one thing to the next.

As an actor, you know you have to adapt to things changing and that’s very tough for someone who has neurodiverse needs. But I’ve been doing this for a while now, so going on set, I know there is the possibility of things changing, so already a part of my brain has processed that.

A good film set is great to work on. There’s often snacks and food and drinks around and people taking care of you – doing your make-up and asking how they can help you.

NeuroWork: What does the future hold for you?

I’m really hoping that because of everything that’s happened over here within the industry due to COVID-19, that we’re going to see a real change in how we approach work. One thing I’m looking to set up is a monthly industry showcase of people with invisible disabilities. I want people to see insanely talented artists from all platforms and create a kind of safe space where they can come and show their talent and ability.

NeuroWork: What are your tips for neurodivergent people looking for work?

With the acting industry, you have to accept that this is not an industry that holds your hand or puts your feelings first. You’re going to have to fight.

The thing I would say to anyone is don’t be afraid to ask for what you need. For anyone, not just neurodiverse people, there is this really toxic idea that if you are offered a position or an opportunity, you should be so grateful and jump through all the hoops because you are so lucky to even have a job.

But you’ve been employed because you have a set of skills that make you good at that job. Believe in your skills, believe in your ability and know that you are an asset and that what you have to offer is valuable and valid. Listen to yourself, listen to what your heart and gut is saying and let that lead you because nine times out of 10 you will be right.