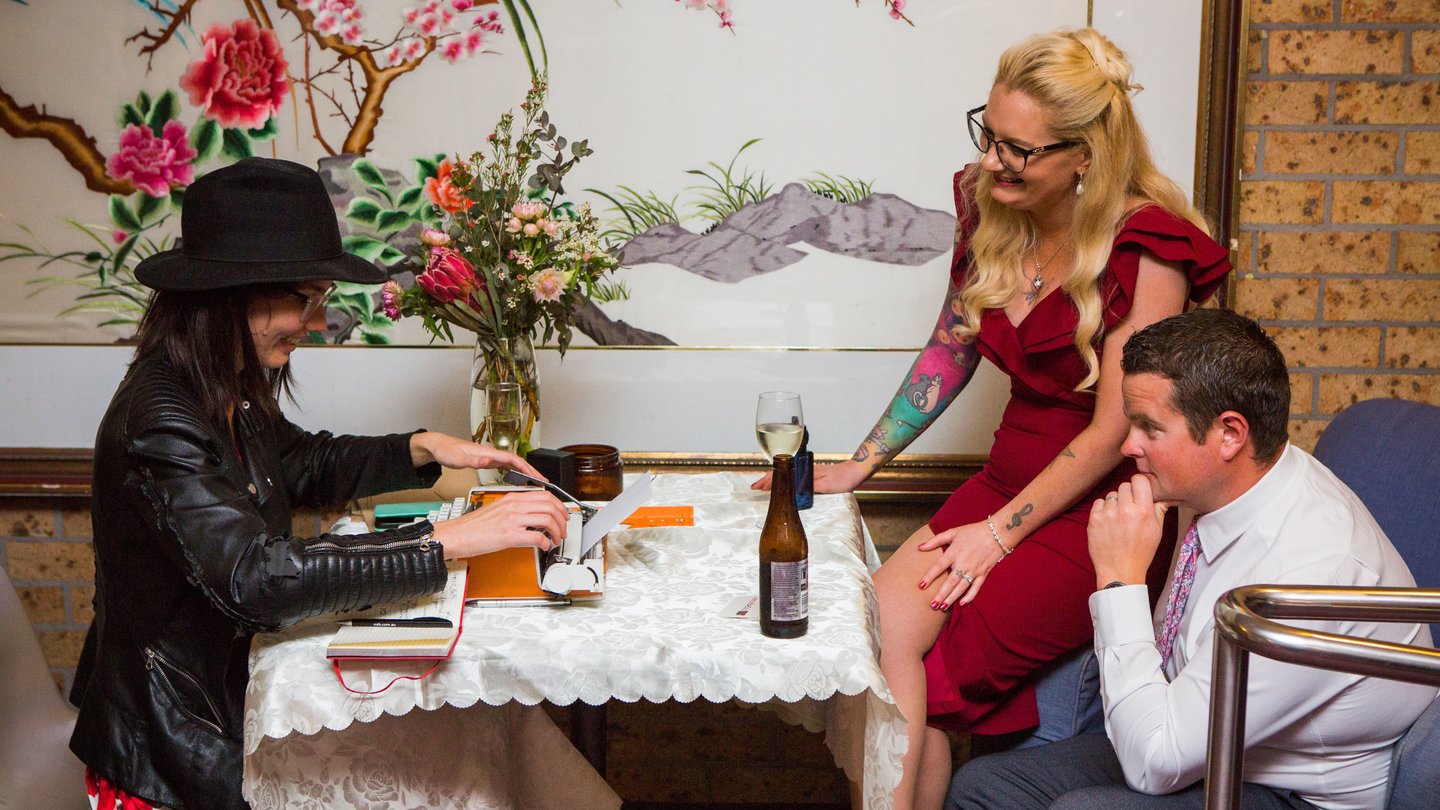 Welcome to What If Wednesday, a regular column where I will outline ideas to help address the high unemployment rate among neurodivergent populations, such as those with autism, ADHD and dyslexia. This column is part of my Disability Editor Role at IdeaSpies, a platform for sharing innovation to inspire action in society. Here, I present the idea of a micro-business incubator to help autistic people monetise their special interests and how that idea is currently developing.

I think the most underrated area of innovative entertainment going into 2020 is historical entertainment. It’s a counterintuitive idea in a world that prizes advancements in technology as the golden standard for startup innovation.

However, I've had success with my poetry business typepolar , where I use an old typewriter to create on the spot poems for weddings, parties and special events. I've also created many personalised gifts for birthdays, anniversaries and Christmas presents. The innovation lies in combining old technology with people's use of new technology (like social media) and shopping practices (like the rise of personalised gifting) to create experiences that evoke nostalgia, curiosity and connection with other people.

In my case, I was able to monetise my interest in creative writing and poetry, which has been a long-standing interest of mine since my childhood. More significantly, this is an interest that many people claim that they could not monetise to pay the bills. However, I see many examples of people who do just that. In fact, the internet makes it easier than ever to monetise the most niche interests, in a phenomenon that has been described as the "long tail" of the internet .

Because of the "long tail" phenomenon, this means that autistic people who have particular special interests should be able to monetise those passions, if they wish to do so.

Many autistic people do not know the fundamentals of running a business, such as marketing, sales or creating a product that is worthy of selling. Although there are many business books and resources that address these problems, there are few resources that are tailored to the specific and unique challenges that face autistic people. These challenges include executive functioning challenges, social communication (such as having to present a distinct persona to "sell" to customers) and sensory overwhelm.

A Work in Progress Case Study

I've been working with an autistic man who has a YouTube channel full of remastered audio clips of music from a once-off sister series of Thomas the Tank Engine, known as Tugs, which first ran in the 1990s. Those clips, plus other remastered clips of old nostalgic music, receive thousands of views on YouTube and attract a cult following. In our conversations, he mentioned some fascinating historical facts about the Tugs series as well as his passion for refurbishing old audio clips so that they sound as good as new. I also thought he was a naturally great comedian and would be most comfortable talking about his passion on stage, as long as someone was there to guide him through the show.

He says his dream job is to be an audio archivist. I suggested that in order to reach his goal, he could consider starting a micro-business around running a series of entertainment/comedy shows that demonstrates his passion and interest on audio remastering, especially if the remastered clips come from popular culture shows like Thomas the Tank Engine. Income generation will be from tickets sold to the event. More importantly, by showcasing original clips and how he has remastered them, he will create a portfolio that he can show to future employers.

He was keen on the idea. I suggested that I could help him by:

The pilot project is in the early stages. To follow my progress, sign up to the NeuroWork newsletter below. The fortnightly newsletter is your first stop for original news and views on neurodiversity & inclusion in all kinds of workplaces. Whether you are an employer wanting to learn more about bringing the best out of neurodivergent employees, or you're a jobseeker wanting to find your career, NeuroWork will tackle those questions with our independent reporting and incisive analysis. And don't forget to share your views on what needs to covered in the world of work in our dedicated NeuroWork Social Journalism Forum.