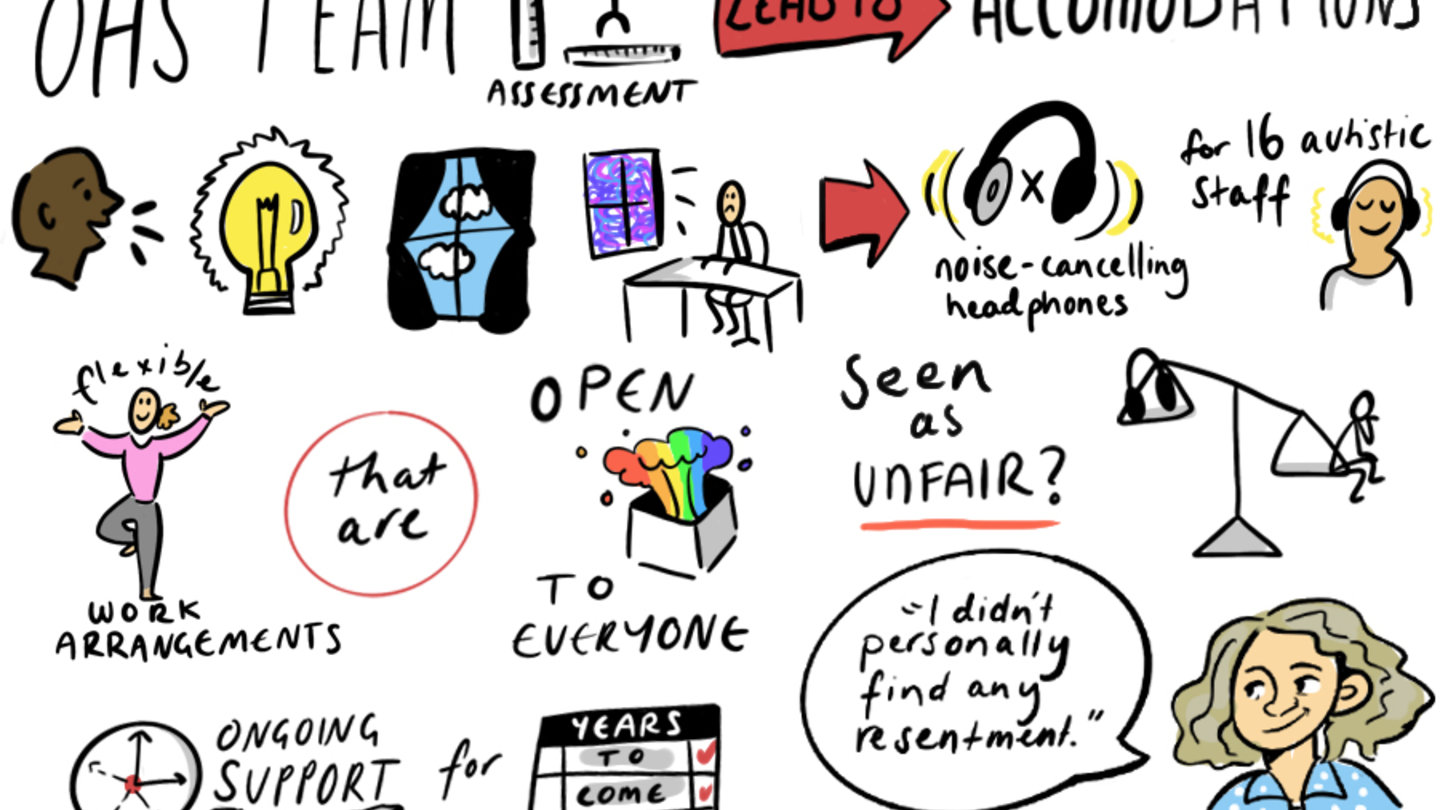 Data Analyst at the Department of Environment, Land, Water and Planning, Victoria

Louise: Beforehand I didn’t really have a perception. I had done one Specialisterne workshop before, so I knew about the robots and the teamwork we do with the robots. During the assessment we got a good idea of what we would be doing, so when we started, I had a clear idea of what the role would be. It didn’t really change once I knew what it was.

For example, when the team started, we established a relationship with the OHS [Occupational Health & Safety] team and the OHS team came in and did an assessment of the noise, the lights, the windows, the surroundings, the desk height. They did a complete assessment of everyone and we had a good understanding of each of the participants and their differences on where they should be placed. For example, there was someone who had an issue with light so he couldn’t sit next to the windows so we made sure his desk was away from the windows. We had an individual plan for each of the participants. The existing policies are there and they are important but for this program we went in a different direction.

What do you think? Join the NeuroWork Social Journalism Forum to share your thoughts!