Home Blog How to Use ADHD to your Business Advantage
29Dec 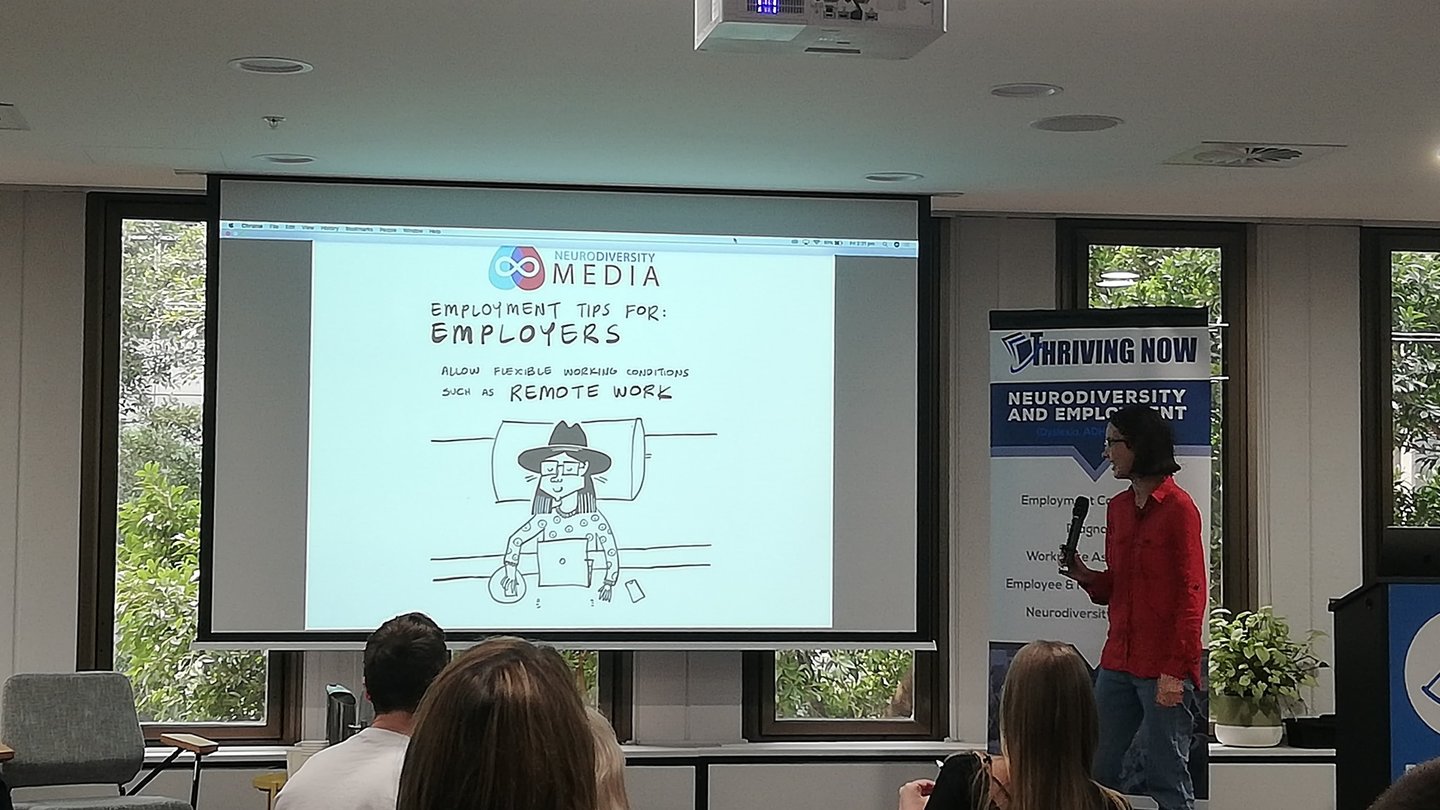 How to Use ADHD to your Business Advantage

As part of Thriving Now's Sydney Neurodiversity Symposium 2019, held at Fishburners Sydney, Neurodiversity Media Founder and CEO Rachel Worsley shares how ADHD can be used to their business advantage.

Takeaway: Those with ADHD are passionate and creative people who thrive off variety, interest and challenge. Rachel Worsley has leveraged these strengths to build a successful and diverse career and she believes that employers and entrepreneurs can too, by following some helpful advice.

Pictured: Rachel Worsley during her presentation. Note: This article was written by cadet journalist Alison Eveleigh's coverage of the presentation.

How Did Neurodiversity Media Start?

Check out the sketchnote below for a visual summary of Rachel's talk. What do you think? Share your thoughts on the NeuroWork Social Journalism Forum.